In the fall of 2019, Western Michigan University adopted a land acknowledgement in recognition of the Ojibwe, Odawa and Bodéwadmi land the campus was built upon.

Wonderful – they get a pat on the back and can move on with business, right?

To that end, WMU spent the next two years working closely with the region’s Bodéwadmi Tribes — NHBP, the Pokagon Band of Potawatomi Indians and the Match-E-Be-Nash-She-Wish Band of Pottawatomi Indians — to ensure their statement does not ring hollow but instead sparks a deep partnership to honor the university’s Indigenous roots.

“It’s not simply reading words and acknowledging this land,” NHBP Higher Education Specialist Andrea Rainer said. “What is the follow-through?”

For WMU, that follow-through comes in the formation of the Native American Affairs Council and the addition of a new online course in Tribal governance for non-degree seeking students at the graduate level.

“Western has been the model for going beyond the land acknowledgement,” Rainer said. “Provost Bott was always present at our meetings to develop the course. A lot of individuals at that level, more than likely, send their assistants or other individuals, but the Provost was there from the very beginning.”

As Provost and Vice President for Academic Affairs at WMU, Dr. Jennifer Bott says this work is deeply important to her and to the community.

“Our campus sits on Tribal land, and it is important to not only acknowledge this, but to also engage in work that connects to and supports our Indigenous people,” Bott said in a press release. “It is our goal to make WMU a place where all students can succeed. The work of the Native American Affairs Council will make great strides in doing that both inside and outside the classroom.”

In a collaborative effort, the Council is tasked with developing Native American programming and curriculum at the university, as well as strengthening relationships with Tribal communities and “empowering students by decolonizing learning and administrative environments.”

They are set to take their first step later this month with the introduction of “Tribal Governance: Sovereignty through Self-Determination” to WMU’s MPA program.

Pokagon Tribal Council Secretary Sam Morseau, who will be the Course Instructor, was motivated to advocate for the establishment of this class by the lack of education and understanding of the Tribes that exist in the community.

“Who were the leaders and advocates who solidified legislation and helped each one of the three Bands establish recognition with the federal government? How do we, as growing and rebuilding Nations, balance all of the duties of not only governance, but also economic diversification and turning sustainable futures for our Nations and Tribal citizens?

“It is our hope that with our combined collaborative partnerships and relationships, we continue to build upon the successes that we’ve had in terms of long-term sustainability, not only for the university but also for our Tribal Nations,” Morseau said.

Morseau was a major driving force in making the course a reality and hopes to expand to a full program later on, according to Rainer.

“The class is modeled after a one-of-a-kind Tribal governance program at Evergreen State College in Washington, and Sam has actually taken part in the program,” she said. “It just made sense that Sam would be the one to teach the course. It all came full circle, and it’s great that he’s able to take those best practices and implement them into this program.”

Focusing on Indigenous leadership, the path to federal recognition, Nation rebuilding and sustainable sovereignty in relation to the three Bodéwadmi Tribes, Morseau says the course is a testament to the collective knowledge-building and learning Tribes have done for ages.

“There are so many unique resources that are being used to capture the history of the Potawatomi Tribes, and bring it up to today and how we are impacting things nationwide,” Rainer said.

Over the course of 12 weeks, several experts from the three Tribes will share their perspectives on Tribal governance, as well as the challenges faced by public administrators in understanding the sovereign status of Tribal Nations, which have demonstrated substantial social, economic and political resilience since the Indian Self-Determination Act of 1975.

NHBP Tribal Council Chairperson Jamie Stuck, who is also the Chair of the NHBP Education Committee, is one of many who is set to lend their experience to students.

“It’s important that students recognize each Tribe has their own story,” Stuck said. “Sometimes we are all lumped together, but we have different constitutions, laws, ordinances, even different ways of speaking the language. Even though we’re all people of the Three Fires, we’re still different from each other.” 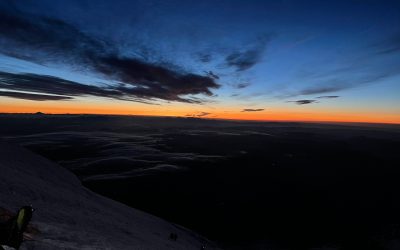 If you had asked Tribal Member Johnathon Moulds at age 19 what his dreams were, he would have said nothing. Graduating from high school near the bottom of his class, he had no plans for his life. Deep in the grips of anxiety, fueled by addictions to alcohol and... 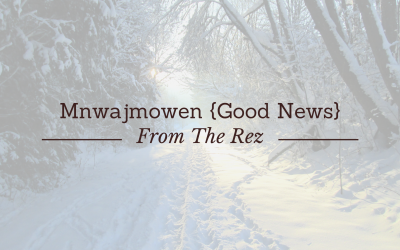 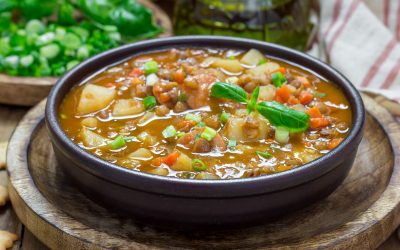 A Taste of NHBP: Winter Lentil Soup and The Gut Microbiome