The Native American Heritage Fund (NAHF) has announced that six Michigan communities will benefit from its 2020 awards. From a pool of ten submissions, the NAHF board chose to award grants totaling more than $482,000 to a half dozen recipients. The awards will be distributed by mail and shared with the public at a virtual meeting Nov. 20.

Three applicants were granted 100% of their requests:

Two applicants were granted 80% of their requests:

A 50% award, $57,500, was made to the City of Marquette to help develop an interpretive Anishinaabe Public Art
Project and companion trail curriculum along the lakefront as part of the City’s larger Cultural Trail project.

The NAHF, approved in 2016 as part of the Second Amendment to the Tribal-State Gaming Compact between the Nottawaseppi Huron Band of the Potawatomi (NHBP) and the State of Michigan, allocates a portion of NHBP’s state revenue-sharing payments from its FireKeepers Casino Hotel to the Fund. The NAHF grants resources to schools, colleges, universities, and local units of government to promote positive relationships and accurate information about the history and role of Michigan’s Indian tribes and Native Americans, including mascot changeovers and curriculum development.

To learn about past recipients, or about future application requirements, visit nahfund.com or calhouncountymi.gov.

For media inquiries, or to request an interview with NAHF Board Chairperson Jamie Stuck, please contact NHBP
Communications Manager Katie Houston at katie.houston@nhbp-nsn.gov or 269.704.8314.

###
About The Native American Heritage Fund
The NAHF was established in 2016 as part of the Second Amendment to the Tribal-State Gaming Compact between the Nottawaseppi Huron Band of the Potawatomi (NHBP) and the State of Michigan. The amendment allowed for a portion of NHBP’s annual state revenue sharing payment to be deposited into the NAHF. 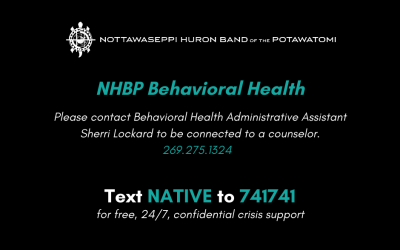 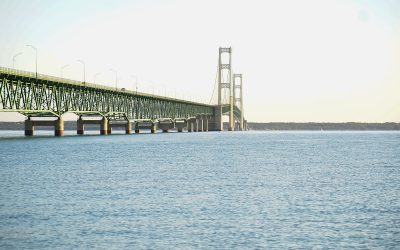 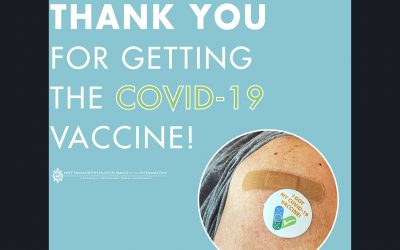 NHBP, the Village of Athens and the Athens Township Fire Department Offers Free COVID-19 Vaccination Clinic for the Community

The NHBP Health and Human Services Department, the Village of Athens and the Athens Township Fire Department are coming together to offer a free drive-thru COVID-19 vaccination clinic Saturday, May 15, from 9 a.m. to noon. NHBP health officials will be administering...