Love, respect, bravery, truth, honesty, humility and wisdom. As a true leader in the Bodéwadmi (Potawatomi) culture, Tribal Elder Shirley English embodied these values throughout her entire career with NHBP. Her ability to demonstrate the Seven Grandfather Teachings every day, in everything she does, is just one of the reasons English grew to become a beloved and trusted voice in the Community.

Holding numerous positions at FireKeepers Casino Hotel, the NHBP Tribal government, and on Tribal Council, English has been a backbone for the Tribe for several years. In late 2020, English announced that she would be retiring as the Gaming Commission Chair at the end of the year. A bittersweet moment for the Tribe, indeed, but one that allows us to reflect back on some of her greatest accomplishments.

“Shirley was one of those people who had an array of qualities that you just wanted to emulate,” said Tribal Member Chris Rogers, who took over as Gaming Commission Chair after English retired. “She was even-tempered, and had this amazing ability to listen to everyone’s opinion and make a decision that was best for all parties.”

English grew up on the Pine Creek Indian Reservation during a time when there was nothing but a few houses, some would call shacks. She strived to make something of herself in this world, and she did just that. English earned recognition as Regulator of the Year by the National Indian Gaming Association several times, and most recently was awarded with the Chairman’s Leadership Award from NIGA for her contributions to NHBP.

English’s success is further proof of her ability to create something out of nothing, and her versatility to make it in a world where at the time an Indigenous woman was not highly respected, let alone a leader. She broke barriers, and always showed the Seven Grandfather Teachings wherever she went.

“Shirley had a picture of the Seven Grandfather Teachings in her office because she believed in them so strongly, and she never preached about it, she would simply just live it,” Rogers said. “She really incorporated them in her everyday life. Here she was, someone who played a pivotal, I mean massive role with federal recognition, and she never bragged about it. She truly was so humble and down to Earth.”

English has served various roles on Tribal Council starting in the late 1960s, concluding with her last position as Tribal Council Chairwoman in 1995. During this time, she was crucial in achieving federal recognition for NHBP – a process that was years in the making, and full of setbacks from the federal government, was finally accomplished. This achievement opened up several opportunities for the Tribe.

According to NIGA, “federal recognition reaffirms the federal rights that are reserved in the treaties established as far back as the 1800s, and ensures tribal self-sufficiency, economic development, health care, education, housing and the commitment to the rebuilding of the physical community for future generations.” All of these opportunities were forged when English, and the rest of the Tribal leaders, helped NHBP receive federal recognition.

Without English, the success of the Tribe would not be where it is today. And to honor her legacy, Tribal Council took a few moments at the December 2020 Tribal Council Business Meeting to participate in a short ceremony.

“On behalf of Tribal Council, and the entire NHBP Nation, we would like to say a big Chi Migwéch to Shirley for her contributions and service to NHBP,” Tribal Council Chairperson Jamie Stuck said. “Without her leadership, tenacity and integrity, we would not be where we are today. We thank you for always embodying the Seven Grandfather Teachings, all you have done for the next Seven Generations, and for helping shape this Tribe. We cannot thank you enough for your service to this great Nation.” 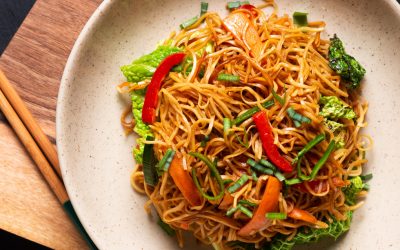 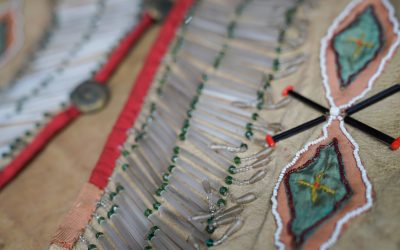 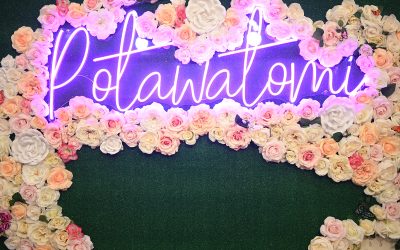