“I had thought, ‘nobody checks their mail, we’ll get a few responses,’ but then I was just blown away by the sheer amount of survey responses from NHBP Tribal Members interested in raised beds and container growing,” said Food Sovereignty Coordinator Nickole Keith.

While only expecting about 40 respondents to the “At Home Container Gardening Project” survey, Keith instead received responses from nearly 120 households in April 2022, all expressing their interest in growing their own food in their backyards, decks or apartments. This project was funded through the three-year-funded Food Sovereignty grant, which concludes in September 2022.

“We offered five options of seeds to Tribal Members,” said Keith, varying from:

– Medicine Garden with Sage, Tobacco, Cedar and Sweetgrass, which Tribal Members received as plugs, rather than seeds, to plant. Twenty-six survey respondents selected this option.*

“Planting the Medicine Garden will be a little bit of a learning process for me; I have never done it before,” Watson said. “I plan to talk with other Tribal Members and read some books about it. I have ordered some grow boxes to plant everything in because the soil’s not very good down here; it’s all sand.”

Watson was impressed with how smooth and easy it was to fill out the survey and how quickly he received his requested items, even living several states away. “I got this survey in the mail, filled out what I wanted, and in a few weeks, seeds started to show up at my house. I ordered some grow boxes online and am still waiting on them until I can start planting.”

Survey participants also indicated their level of gardening experience, what region of the state or country they resided in, and what kind of dwelling they had. Tribal Elders indicated if they would be interested in a raised bed to plant their seeds and even in assistance in maintaining their gardens over the summer.

The raised bed option was desirable for many Tribal Members; unfortunately, due to the grant limitations, the scope for raised beds had to be restricted to the Tribal Elders.

“It would have cost $300,000 to put raised beds in every Tribal household,” Keith said. “The grant funding wouldn’t have covered all that, so we had to narrow the scope to Tribal Elders on The Reservation. Thanks to generous funding from the Housing Department, we were able to build raised beds for all the Tribal Elders who requested them.”

Twenty-four raised beds were built for Tribal Elders who live off The Reservation.

Even with the project’s narrower focus for the raised bed portion, fulfilling the tailored orders for seeds for nearly 120 households was no small feat. Each household presented with different skill levels and equipment needs. Keith and her team even considered the growing region before they shipped seeds to individual households, so few orders were the same. Printed directions on how to plant, care for and harvest the plants were also provided to Tribal households along with the seeds.

Gathering, ordering, packaging, mailing and delivering all the necessary items within a few weeks required quick assistance, generous donations and innovative ideas from other NHBP departments, Tribal Members and other Tribes. The team worked against a quickly approaching Michigan growing season.

“We received about one million Tobacco seeds as a gift from the Citizen Band Potawatomi, and the 3 Sisters’ seed brochures came from the Environment Department long ago,” Keith said. “We ended up ordering the Sweetgrass in plugs off Etsy, letting a third party with experience shipping live plants across the country take on that liability. The Department of Public Works donated top soil they had.”

With most households surveyed indicating they had some experience gardening but weren’t currently growing gardens, Keith knew this project would serve as a perfect catalyst for Tribal Members to reengage with Food Sovereignty.

If Tribal Members couldn’t participate in the project, they are encouraged to attend the Lunch and Learns held on Wednesdays on The Pine Creek Indian Reservation to access fresh produce and Medicines once the crop and Medicines are harvested from the Food Sovereignty program’s greenhouse and garden.

*The total sum indicates that several households requested more than one seed option. 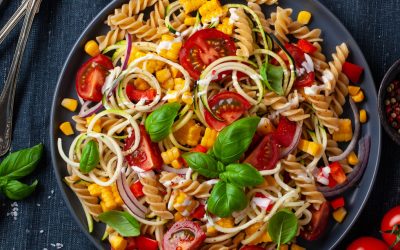 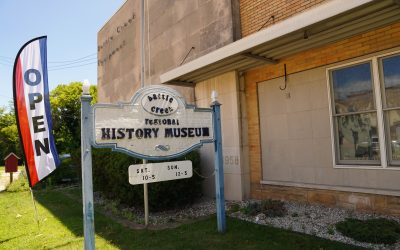 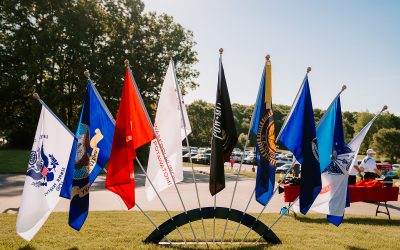 Veterans and Community Members Come Together to Golf in Support of Local Veterans American flags and golf balls were flying throughout the course on June 4 for the annual Chief Moguago Veterans Golf Outing. Players were relieved to see another year that COVID-19 did...