“We’re bringing back the old ways,” said NHBP Culture Specialist and Tribal Member Kevin Harris II. “We are trying to walk ‘the Red Road’ (to Wellbreity) to Mno Bmadzewen, and the New Year’s Eve Sobriety Pow Wow is one of many events that helps us do that.”

Celebrated at the Kellogg Arena in downtown Battle Creek, Michigan, each year, NHBP’s Annual New Year’s Eve Sobriety Pow Wow attracts hundreds of attendees from as far as Kansas and even Canada.

2022 was no exception, as the arena was bright and booming, filled with 99 Dancers’ and their Regalia, eight Drums and many Native craft vendors. Several businesses from the Southwest Michigan area were also invited to participate. The Host Drum was Ribbon Town, with NHBP Culture Specialist Mike Medawis, Little River Band, emceeing the event. Jeff Martin was Arena Director, Ray Cadotte was Head Male Dancer, and Julie Whitepigeon was Head Female Dancer.

The New Year’s Eve Sobriety Pow Wow is a family-friendly, alcohol-free event, which takes Harris back to his childhood.

“I remember attending Sobriety Pow Wows when I was a kid, back in ’98 to 2000,” said Harris. “It was a great chance to see people have fun, and to do it all without alcohol.”

“It started with the Veterans’ Committee, who came up with the idea and inspired us,” said Harris. “The first annual NHBP Sobriety Pow Wow was in 2019, but was held as a private, invitation-only event so that Tribal Members would feel comfortable coming forward, sharing their sobriety journeys.”

According to Harris, in addition to celebrating sobriety, NHBP hosting a second smaller, shorter Pow Wow is beneficial in many ways to Neshnabék.

“A second Pow Wow is also a great time to practice Dancing, to celebrate our ways and Culture,” said Harris. “This Pow Wow can help us establish our confidence in Dancing. So many people spend so much time practicing, having a second Pow Wow in the year can really help them prepare for the longer summer Pow Wow.”

For Tribal Members who may be uncertain about the particulars of Culture and traditions, Harris said this is where the NHBP Culture Department can assist.

“We can help people get ready and prepare for a Pow Wow, so they can feel confident, and learn how to do things the appropriate and respectful way,” he said. 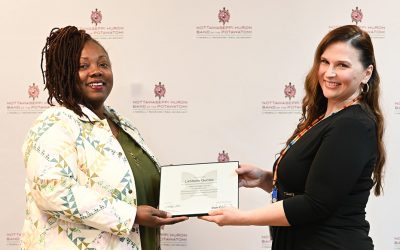 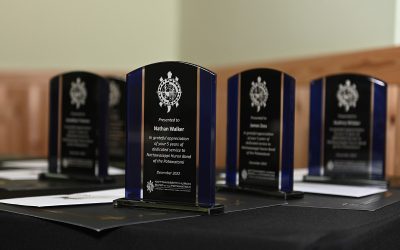 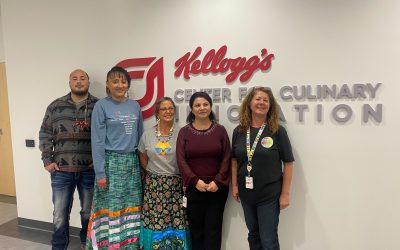 Indigenous Chef-inspired Meal Presented to W.K. Kellogg’s Culinary Institute “Food Sovereignty is completely about community, it brings community together, without food sovereignty we are reliant upon other people,” said Chef Jody Gzhadawsot Mattena, Member of the...